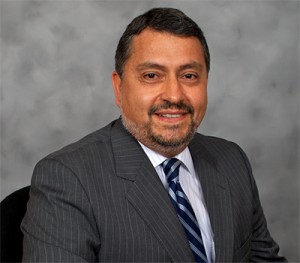 Attorney-at-law specializing in civil and criminal procedural law. Graduated from the Pontifical Catholic University of Peru (PUCP) in 1986. Certificate in National and International Arbitration from the University of the Pacific (UP) as well as Certificates in Criminal Procedural Law and Oral Litigation, Crimes Against Public Administration, and Administrative Law, Administrative and Contentious-Administrative Proceedings. He commenced his professional activities at the Civil Appellate District Attorney’s Office of the Government Attorney General’s Office. In 1993, he joined the law firm Estudio Muñiz & Forsyth Abogados as an associate attorney, and was later a member of Estudio Carpio Vélez & Abogados, where he was head of the Procedural Area. Dr. DE RIVERA has been an advisor to the Attorney General, Adelaida BOLÍVAR ARTEAGA, and a member of the International Judicial Cooperation and Extraditions Bureau of the Government Attorney General’s Office. In the matters of his specialty, he has represented companies and banking and financial entities. He took part in the Peruvian Environmental Law Association, collaborating on environmental lawsuits. He is currently a partner at Deustua & Halperin Abogados. He speaks Spanish.