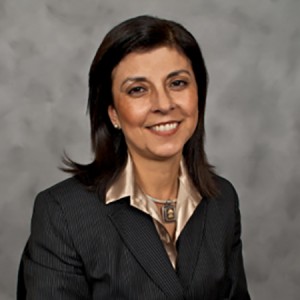 Attorney-at-law specializing in civil law and international private law. She studied at the Pontifical Catholic University of Peru (PUCP) graduating in 1985, and obtained a Certificate of Specialization in Human Resources Management in Organizations from the same University in 2005. In 2009, she participated in the international course “Doing Business in Brazil” at the Getulio Vargas University School of Law in Río de Janeiro, on the legal issues related to doing business in Brazil. Dr. DEUSTUA joined the law firm of Estudio Deustua & Halperin Abogados in 2004, where she is head of the Contracts and Consumer Protection Areas. In addition to being a practicing attorney, she is also responsible for the general administration of the law firm. She was previously the general coordinator at the Peruvian Center for International Studies (CEPEI) a private entity dedicated to the study and dissemination of topics related to Peruvian foreign policy. She was also the coordinator of Análisis Internacional, a magazine on Peruvian international relations published by said institution. At present , she is a partner at Deustua & Halperin Abogados. She speaks Spanish and English, as well as French and Portuguese at a basic level.