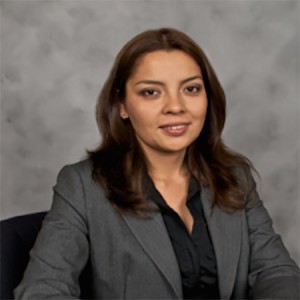 Attorney-at-law graduated from the Pontifical Catholic University of Peru (PUCP), specializing in business, corporate, aviation and trademark law. She received her Master in Private Law from the Carlos III University School of Law in Madrid, Spain, and obtained a Certificate in Commercial Law, Corporations, Securities, Banking and Contracts from the School of Law, Corporations and Business of San Marcos National University (UNMSM). She is currently pursuing a specialization in Corporate Law in the Program for Executives of the School of Business Administration (ESAN).

In 2000 Dr. Huarag commenced her law practice at Deustua & Halperin Abogados, joining the law firm as an attorney in 2002. During her time in Madrid, she worked as an attorney in the offices of Deustua & Halperin in that city. She is currently an attorney specializing in corporate, business, intellectual property and aviation law. She was a professor at the University of the Pacific School of Law, where she teached Legal Entities course and at the Ricardo Palma University School of Law, where she teached Corporate Law course. She is a partner at Deustua & Halperin Abogados. She speaks Spanish and English.